To encourage businesses to take a stand against discrimination and push for a progressive future, Global Workplace Providers Instant Offices have gathered and analysed data on what diversity and inclusion looks like in workplaces around the world. 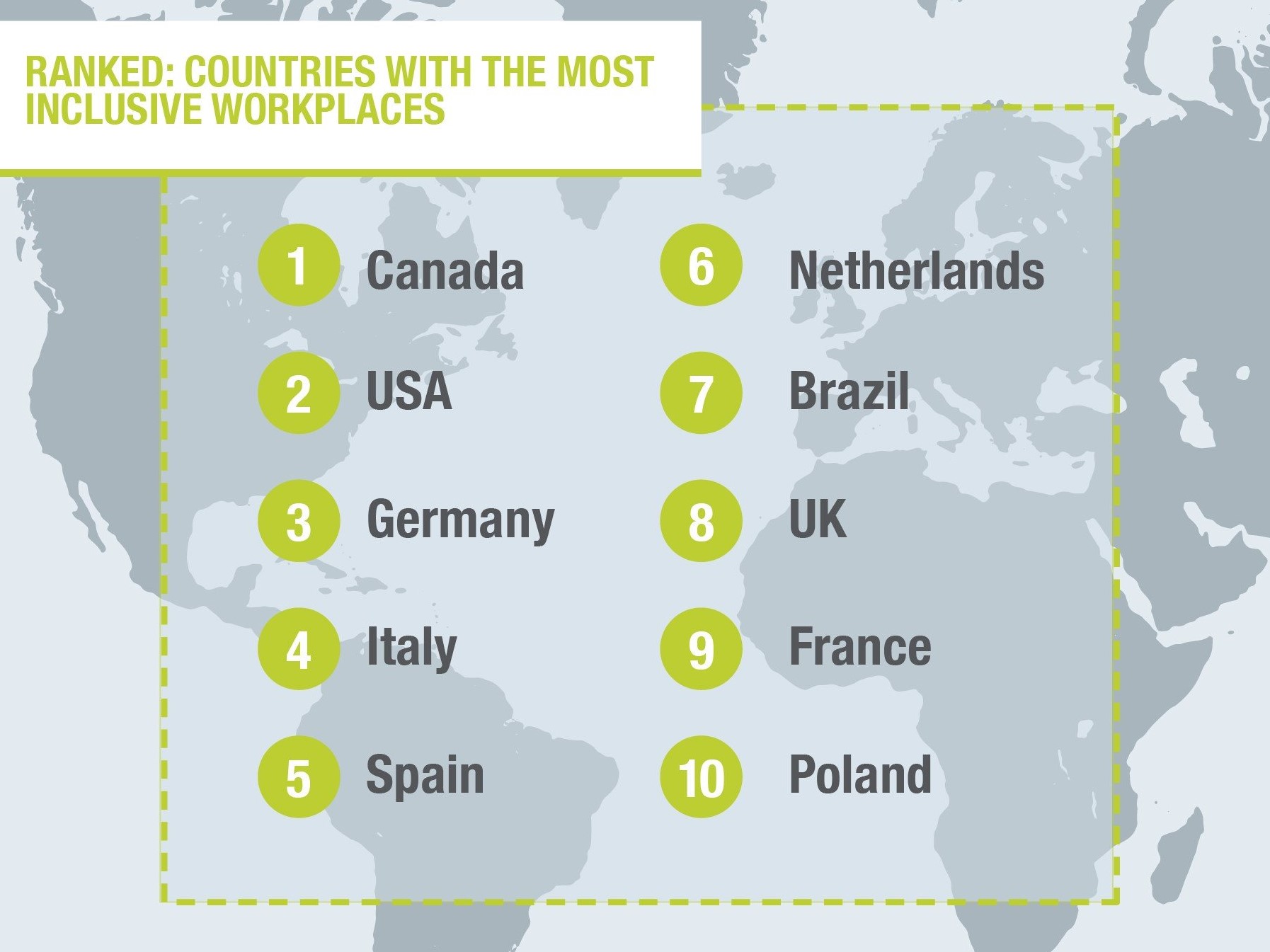 This first-of-its-kind index was based on the feedback of 18,000 employees across 14 countries and 24 different industries.

Results show 65% of Canadian employees believe that their employers are actively trying to be more diverse and inclusive, and 63% of Americans feel the same.

Meanwhile, the UK (56%) is lagging behind a number of its European counterparts which tend to have more progressive leave policies and a flexible approach to work overall. 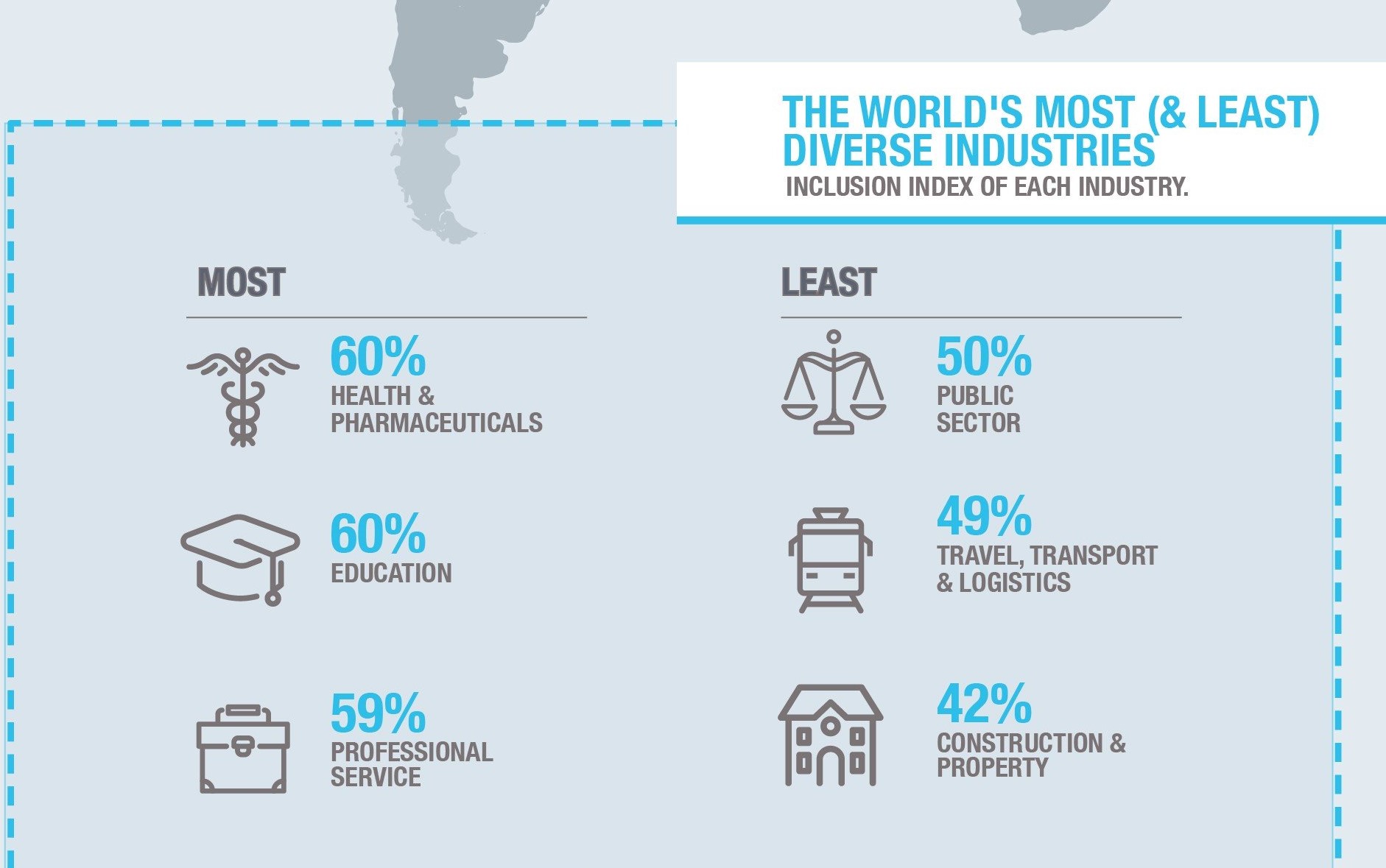 The Health and Pharmaceutical industry have been shown to have the most balanced gender representation at a senior level with 60%. The tech industry lags far behind at 35%, with an Inclusion Index hovering at just over half that of Health and Pharma.

The Diversity Council of Australia reported that at least one in four Australian workers are ‘not supporting’ – either just not supporting or opposing – a more inclusive workplace.

The Aboriginal and Torres Strait Islander people are the most common group excluded in the workplace. Indigenous people are twice more likely to experience harassment at the workplace than those who are non-indigenous. Those with disabilities also experience exclusion.

Currently, the financial industry has become the most inclusive workplace in Australia, whilst the manufacturing industry is least inclusive.

The Inclusion Index revealed some interesting insights into the ways that age, sexual orientation and health concerns are affecting individuals at work.

Benefits of Diversity and Inclusion

Companies that know how to promote equality and diversity at work are seen to have a significant competitive advantage.

Lucinda Pullinger, Global Head of HR for The Instant Group, says there is a distinction between diversity and inclusivity.

“It’s important to remember that a diverse workforce and an inclusive culture are different. If you have diversity, you don’t necessarily have inclusion. There is the argument that inclusion should be a key focus before diversity, otherwise you run the risk of creating a diverse organisation in which the diversity isn’t valued or harnessed due to a lack of inclusion.”

Diverse workplaces enjoy a wider variety of skills, experiences and perspectives, which all contribute to a more successful way of doing business. It also enables companies to relate to their wider customer base easier, which is especially important in B2C environments.

As more reports and surveys continue to shed light on where diversity is lacking, employers are encouraged to embrace the push for a fully diverse workforce and help the business world become a more progressive place.

“For things to improve, the focus on diversity in organisations needs to be ongoing and measured. It’s also really important for companies to be transparent about their commitment to diversity to attract and retain the right talent,” Ms Pullinger said.