“People are our greatest asset.”

It’s a common enough aspirational slogan, but how often does it seem businesses believe it?

IT teams—as usual—may have the supporting data: according to the latest Solar Winds®IT Trends Report, 28% of technology professionals engage in training only a couple of times a year, yet 42% would prefer weekly training if they weren’t constantly slugged with max-capacity workloads and schedules. And given accelerating technology change, this “upskilling gap” brings with it potentially worrying consequences like an inability to innovate, slower responsiveness to new opportunities or threats, and greater technical inertia within organisations. Most importantly, though, it suggests we’re all too often guilty of treating IT pros as commodity resources rather than individuals who want to learn, grow, and mature.

Making your IT team smarter means adopting a smarter approach for working with them. Here are five steps business and IT leaders can take to help their technology teams grow.

For most organisations, developing the skills of existing IT teams is the only reasonable option to grow technology capabilities. Previous IT Trends Reports suggest most IT managers struggle to hire enough new talent, whether by “transferring” them from competitors or picking them up direct from universities. That happens because of a mix of budget constraints, competition for top talent, and misalignment between on-paper skills and actual abilities—often an issue with fresh graduates.

Given that existing IT staff know not only current systems but also the broader context of the organisation, upgrading their skills makes sense and saves dollars compared to new hires. Only when leaders explicitly acknowledge that upskilling is their only hope can they start to make headway towards a smarter IT function.

If you want your IT pros to develop and broaden their skills — and you should — you need to make time for skills development to occur. When IT teams are constantly running at maximum capacity, they’ll never find the time or the headspace to focus on acquiring and practising new skills that often require a significant amount of uninterrupted attention to master. For their IT teams to get smarter, leaders will need to decrease those teams’ workloads on an individual level.

That may mean reducing the number of projects individuals take on, slowing down development or management cycles to an extent, or even bringing on new hires to support the team. Did you wince? That’s OK, because it’s the epitome of “easier said than done.” Business and IT leaders shouldn’t view this as an inhibitor to growth, but rather an opportunity to refocus on priority projects and build out a more sustainable and loyal talent base for the future.

Some readers may be wondering at the apparent contradiction between my first two points. How can I support my IT team with new hires if there aren’t any people to hire? The thing is, those new hires aren’t necessarily technology professionals.

IT departments still tend to promote their best individual contributors into “player-coach” roles, forcing them into people management while curtailing the focus on technical solutions that brought them to IT/Ops in the first place. But when we do so, we get less technical gurus, less capable people-managers, and higher rates of attrition because our people aren’t doing what they want to do or excel in.

Perhaps the best thing leaders can do to free up time for IT upskilling is to hire great people managers, even if those managers possess less technical mastery. Doing so gives IT pros more latitude to pursue technical mastery or breadth, and at the same time, removes the fear they’ll be “rewarded” for their efforts with a much less fulfilling role in management. However, this advanced approach demands great communication to ensure people managers and technical leaders understand the boundaries making it efficient.

The choice of tools or platforms within IT can easily leave lifelong learning for dead. This applies particularly to any tool requiring third-party professional management or highly specific knowledge IT pros can’t apply anywhere else. Smarter IT leaders will instead recommend tools with strong user communities (like THWACK®) or self-learning portals like Cisco DevNet, for its repository of networking and development resources; and Microsoft Learn, for its wealth of information on the Azure ecosystem. These resources are freely available online, allowing IT pros easy access to whatever they need to augment their current knowledge. Let’s not forget IT pros wantto learn and upskill themselves. The right choice of tools, coupled with more time to explore functionality and use cases, allows them to do so on their own terms.

For many reasons, business and IT leaders tend to forget their organisational success depends on skilled labour when they’re allocating budgets for learning and training. And this is increasingly becoming true in a time when AI and automation are being touted as the silver bullet for every operational struggle. The fallacy that technologies can replace skilled humans, rather than acting as a force multiplier on those talents should be allowed no place in today’s budget sessions or boardroom discussions.

Make no mistake, AI will become increasingly smarter, but will never be wiser than a well-supported IT team. It’s up to IT leaders to set the right expectations around AI, automation, and other technologies demanding those very new skills in which we’re often so loath to invest. Business may run efficiently with smarts, but it transforms and wins using human wisdom.

The secret weapon you already have

A smarter IT team doesn’t require a huge budget or radical organisational changes. It does, however, require a bit of conscious thought and willingness to consider what humans need for growth. With a little additional time, support, and freedom, you’ll be amazed how quickly existing teams pursue what they’re best at, with passion. IT professionals may represent some of the most frustrated professionals today—performing amazing feats of operations but capable of so much more. With less investment than you might expect, the team you already have may surprise you with how quickly they evolve into a crew that’s the envy of your competition. 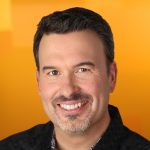