Recently, animal rights activists in Australia have been campaigning against the Australian import of Livestock claiming that the industry is not legal and legitimate. They are also claiming the Livestock industry is not meeting animal welfare interests. In February, the livestock industry has responded saying that it is not only legal and legitimate; they are also acting responsibly by striving to meet community animal welfare expectations.

The campaign was launched with bus and billboard advertisements going live by Animals Australia suggesting the livestock trade is a “crime against animals”. Alison Penfold, CEO of the Australian Livestock Exporters have responded saying they have to show Australia that they are improving the welfare of Australian exported livestock, but suggested that trade is criminal by nature is simply wrong. What we need to take from this is Australia has been exporting a lot of livestock across the world and does over $1.9 Billion in livestock export in Japan alone. This is based on the report by Asialink Business which is an Australian Government supported program to help Australian businesses build their Asia capabilities had just recently launched a visual piece outlining the global flow of imports into Asia. According to the infographic from Asialink Business, Australia has exported over $9 Billion of products to China in 2014 and Asia’s top imports are poised to drive up 43 percent by 2050. The report also states that eased trading restrictions on livestock across Asia are opening further opportunities for Australian businesses and that Australia’s agriculture industry (particularly meat & beef) continues to be in high demand across Asia. 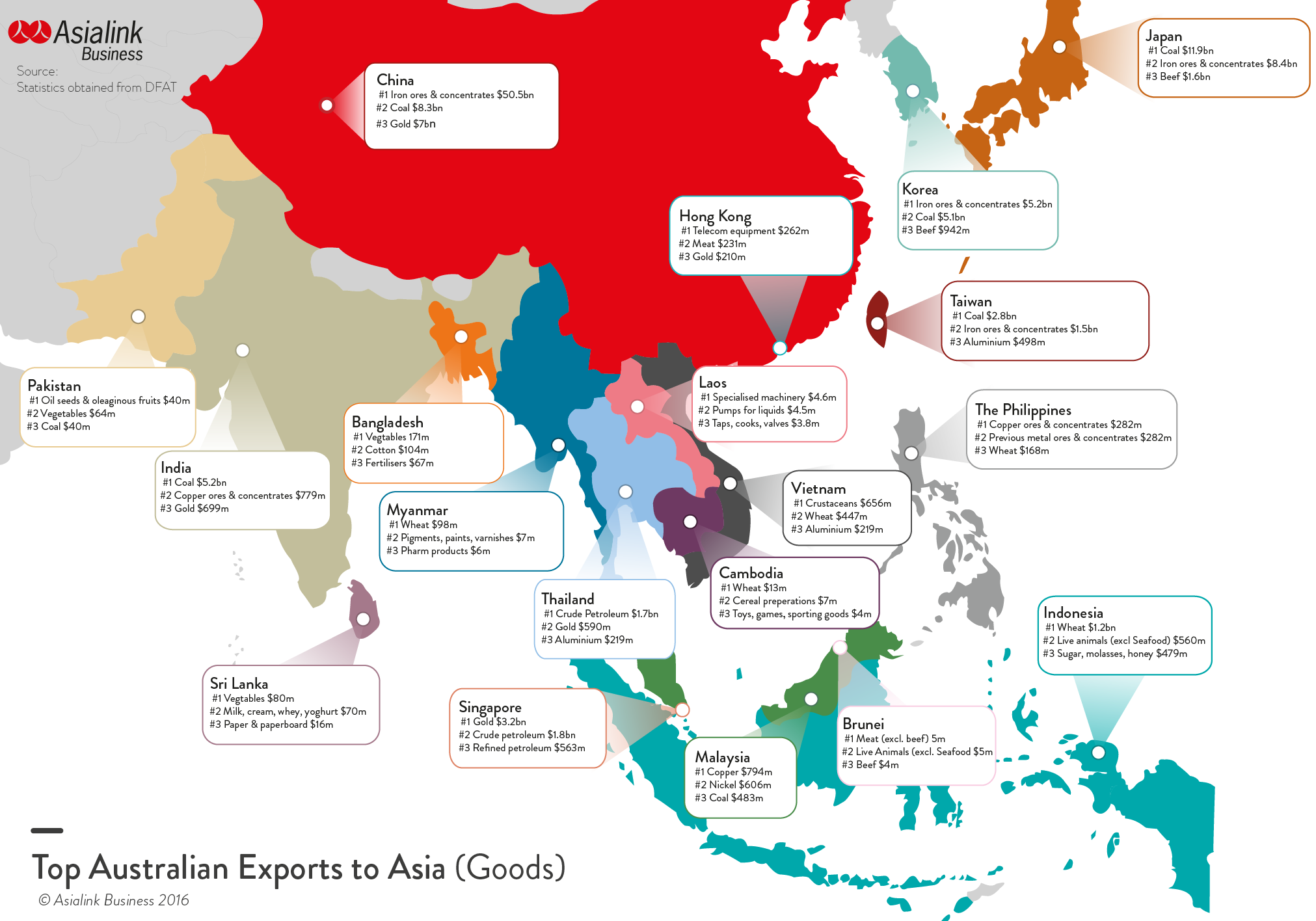 Australian exporters have been respectful of laws governing trade over the years but once a video came out in 2011 which shows how livestock was being treated and this fell far below the community standards. Since that time, the Australian livestock industry has made several changes with over 7500 trained workers overseas in animal handling, husbandry and slaughter which have seen Australia lead welfare among animals for over 100 livestock exporting nations.

Instead of investing in campaigns on buses and billboards, we should be concentrating on investing in people and livestock facilities around the world to ensure the welfare of livestock in our charge through practical on – the – ground training and improvements in handling, husbandry and slaughter practices.

Animal Australia’s call to ban the livestock trade as the only solution, if implemented, would be devastating to the country’s economy and also would mean a large number of employees being fired! One other thing is, a ban on livestock trading doesn’t necessarily mean the livestock will be treated well? The Australian Livestock industry will be doing a strict scan of all exporters and identifying those who are not following standards in welfare, training and inhumane handling and take necessary actions to prevent and resolve any issues. For more information on the changes to animal welfare implemented by Australian exporters in export markets keep watching this space for more updates!